Review of the movie ‘Midnight in Paris’ 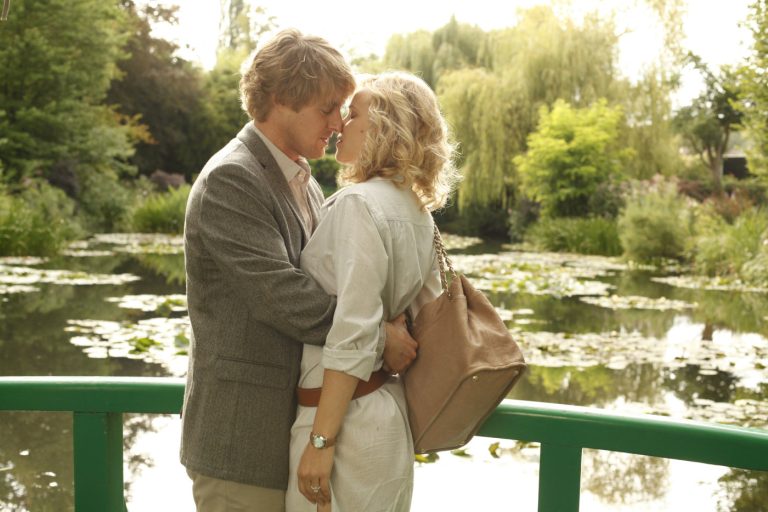 ‘Midnight in Paris’ is the quintessential Woody Allen movie. It is a light, witty, humorous movie with a stream of intellect running just below the surface.

Everyone should experience Midnight in Paris at 123Movies.

See the City of Light shimmering in the night against a darkened sky.

See the City of Love with the amorous walking hand in hand down Parisian avenues.

See Paris in springtime when life renews and the rains wash away winter’s grime.

See Midnight in Paris, Woody Allen’s latest movie starring Owen Wilson. It is a love letter to France’s capital, a love letter to the hopeless romantic, a meditation on the timelessness of the city, a celebration of eternal art, music, literature and the human intellect and soul.

The movie follows a young American couple, Gil (Wilson) and Inez (Rachel McAdams) as they explore Paris together. Recently engaged, they struggle to come to an understanding on how their life together is going to unfold. It is a struggle illuminated and exasperated by how each would like to experience the city.

Inez is drawn to the opulence and wealth of Paris. She is the ultimate tourist, there to take in the sights and collect her treasures. The city is just a pit stop in her life, another story to impress her friends, a check mark on her bucket list.

Gil is there to take it all in and collect stories as well, except he wants to ingest it all. He wants to contemplate Monet and Picasso, sway to Parisian street music, and draw inspiration from literature. Gil is a romantic in love with Paris, harboring dreams of becoming an expat and writing the next great novel.

A schism in their relationship develops as the two halves of the couple begin exploring Paris separately.

Inez spends her time with her parents who are in France on a business trip. She meets up with her supposed intellectual friends who are gratified in espousing all they think they know rather than learning about what they may not understand.

Gil delves deep into the city’s past. He forms a connection with Paris of the 1920s, when literary luminaries Earnest Hemmingway, F. Scott and Zelda Fitzgerald, and Gertrude Stein called the city home. Gil swings to the sounds of the Jazz Age, a time when Cole Porter inhabited Paris, entertaining his literary friends. Gil cannot get over the surreal experience of being in the city of Salvador Dali and Luis Bunuel.

The dichotomy between Inez and Gil becomes so extreme the question of what they ever saw in each other becomes quite prominent. But the attraction remains evident, if fading, in Midnight in Paris.

It remains, because no matter how loathsome Inez’ character was written by Allen, McAdams is able to impart a tinge of charm in the character as a reminder of what ensnared Gil in the first place.

It remains, because Gil is a neurotic ball of nerves, dreaming of greatness but unable to escape the pull of his established life. In Wilson, Allen has found a kindred actor. Wilson is the man Allen has played for years, the man Allen is finally to old to play.

Midnight in Paris as a whole works because of the fantastic cast. Kathy Bates, Adrien Brody, and the captivating Marion Cotillard each take turns stealing scenes from the movie’s stars.

It works because it is the quintessential Woody Allen movie. It is a light, witty, humorous movie with a stream of intellect running just below the surface.

It is a movie for romantics.

It is a movie for travelers.

It is a movie for readers, artists, dancers, and musicians.

Midnight in Paris is a movie for anyone with a love of life.

Acquire Wholesale Schoolbooks Online And Double Up Your Financial savings